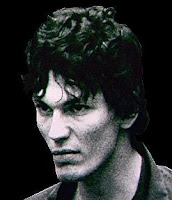 A CALLOUS con artist who
pocketed all the cash she claimed to be raising for one of the Sandy Hook school shooting victims, pled guilty Thursday.
Shameless huckster Nouel Alba, 37, set up a Facebook page claiming to the aunt of six-year-old Noah Pozner, within hours of the horrific killing spree.
He was one of the 20 children to die in the attack by nutjob Adam Lanza, who also killed six adults in elementary school, before turning the gun on himself. 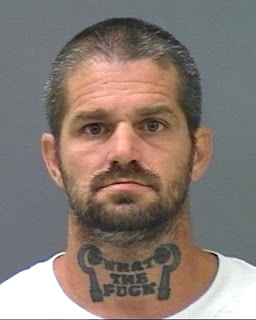 This young philosophy major puts his money where his mouth is attempting to answer one of life's most eternal questions: What the Fuck? Next stop, Stanford.

Posted by Crime Scene USA at 7:02 AM No comments:

A LITTLE gas provoked a huge explosion from Deborah Ann Burns who told cops that she stabbed her boyfriend because he "farted in her face."
The 37-year-old said she was watching TV in Immokalee, FL home, when her boyfriend Willie Butler "purposely" passed wind on her.
Cops told the Naples News, she then, "confronted him him about the fart and Willie became agitated, telling her to shut up."
The fight then allegedly moved to the kitchen.
When officers arrived they found Butler in front of his house with cuts to his abdomen and his arms.
He told them that she had grabbed a kitchen knife and chucked it at him, hitting him in the stomach and he'd left the house.

CELEBRITY lawyer Erin Brokovitch's failure to dock, could land her in the dock after she was busted for being drunk while in charge of her boat.
The legal clerk and environmental activist, who Julia Roberts won an Oscar for portraying in the movie about her battle with Pacific Gas and Electric was not in a good way when a game warden spotted her.
Edwin W. Lyngar, a spokesman with the Nevada Wildlife Department she was slurring her words and acting in an intoxicated manner as she struggled with the craft on Lake Mead, just outside Boulder City.
He added that she tested above the legal limit of .08 blood alcohol content and was held in the Clark County Detention Center before bailing out.