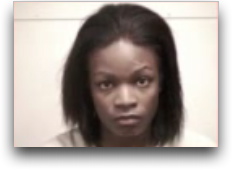 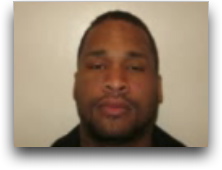 THEY SEARCHED for nearly a year. She was a 15-year-old runaway. Her Cleveland, Ohio family hadn't given up hope but it was fading. Then, earlier this month the teen escaped from a public housing apartment in Cleveland and told a horrifying tale.
A neighbor said: "She ran out of the house, frantic, bleeding everywhere, she had just regained

A DASTARDLY dad dumped his four-year-old son at the side of a West Texas highway, leaving him to fend for himself at the side of the dangerously busy road.
Carlos Rico "threw the boy out of the car like a bag of garbage," said Sweetwater Police Chief Jim Kelley, because God had told him to choke him and expel him form the car, adding there were was bruising on the boy's throat.
The shocked officer continued: "I've seen a lot of bad things. This is absolutely a first. I've never seen a 4-year-old angel left on the side of the road for dead. He's such a sweet little boy."
Luckily Angel Flores was picked up about three hours later by the local high school basketball coach, Al Hunt, who initially thought he was looking at a guardrail post until it moved.
Read more »
Posted by Crime Scene USA at 9:36 AM No comments:

CREEPY Anthony Sowell kept the bloody decapitated corpse of one of his victims in his apartment, a court heard yesterday.
Vanessa Gay told the court that the accused serial killer dubbed "creepy Tony" had invited her round to his apartment to "celebrate his birthday" by drinking and smoking crack cocaine.
But almost immediately after she walked in she got a bad feeling.
She said: "If you've ever seen Silence of the Lambs the eeriness, it was that atmosphere, but it was too late to turn back. It was just dark and gloomy, you could feel the gloom."
But almost as soon as he took a hit from the crack pipe, Sowell turned into a monster, forcing himself on her and raping her repeatedly throughout the night.
She explained: "He told me nobody would hear me, nobody would hear me scream, nobody would hear me scream."

THE man accused of executing four innocent people in a Long Island pharmacy robbery has been formally indicted by a grand jury. Dope Fiend David Laffer, allegedly held up the store and then lined up his victims, before cold bloodedly blasting a bullet into the heads of store workers Raymond Ferguson, 45, and Jennifer Mejia, 17,  and customers Bryon Sheffield, 71, and Jamie Taccetta, 33.
Hours after his arrest the 33-year-old was picked out of a lineup by victim Jamie Taccetta's fiancé, James Manzella -- who had been waiting for her outside the drug store and saw the assassin.
"It was definitely him," Manzella said, according to a police source.
The specific charges in the indictment remained sealed until a date can be

﻿﻿﻿﻿﻿﻿﻿﻿﻿﻿THE lengths some people go to, to avoid arrest. Aaron "Vera" Morales took extreme measure and then some, by having sex change Federal prosecutors in Mexico allege. According to country's The Attorney General's Office he "had plastic surgery in an effort to evade justice, to change his identity from a man to a woman." And along with his new look, the 33-year-old, who has been charged with defrauding a government health agency on a sound system contract, had brand new documents to go with his brand new look.
Mexico City law allows people to legally change gender identity, and Vera Morales does not face any false ID charges.
Officials could not say whether the man had surgery to alter his gender or simply to alter his appearance.
And we wouldn't want to be the officer given the task of finding out either.

﻿﻿﻿﻿﻿﻿﻿﻿A SERIAL rapist who stalked, ambushed and raped at least six women, terrorizing Tennessee with a string of attacks over more than a decade attacks will spend the rest of his life behind bars. Paul Dinwiddie, lay in wait for his victims in their homes before striking and subjected them to depraved sexual attacks.
The 50-year-old, who was already serving a 45-year-prison sentence on a 2009 rape conviction will now have his sentence extended to 70-years for six more rapes and will now die in jail.
Some of his is victims, known of whom knew the serial sex beast agreed to be named on WBIR and told the station they were delighted with the sentence.
Jessica Teal, who was raped by Dinwiddie in July 2001 after he ambushed her in her home said: "I could not help but start clapping.