JUDGE TO KILLER TODD PINK: 'YOU'RE A TRULY EVIL MAN' 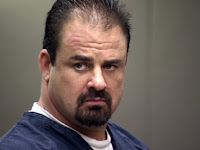 "TRULY EVIL." Well, Judge Richard Caretti, who don't you tell us what you REALLY think. To be fair, the judge was spot on in his description of dirt bag Todd Pink. Todd "Pink not Stink" Pink murdered his fiancee, Carrie Seils, 35, and 3-year-old son Skyler in May 2010 and attacked her daughter and another man during a bloody feeding frenzy
Caretti said in a suburban Detroit courtroom: "It defies belief to even imagine what possessed you to commit this massacre. A jury has found you guilty of committing perhaps the most heinous crime in Macomb 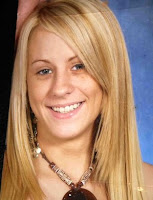 WHO killed Iris Tyson? That's a question cops in Philadelphia would like to answer. The pretty blonde 23-year-old was found bludgeoned to death in an overgrown lot on Sunday.
A cousin told the Philadelphia Daily News: "My cousin would never come here on her own."
Tyson vanished on Mother's Day after telling her parents she was going out to buy a card and a gift for her mom. By evening she hadn't returned and her parents filed a missing persons report and plastered the neighborhood with posters, hoping someone saw something.
But on Sunday, their hopes were crushed when a person collecting bottles discovered her body in tall weeds next to an abandoned home in South 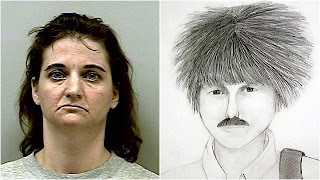 EVIL mother-in-law Joanna Hayes has been found guilty of the brutal execution slaying of her daughter-in-law in a Target parking lot. Oh, and her granddaughter was just feet away strapped safely into her mom's car. Joanna was sporting a wild disguise of a hat and moustache and bushy wig and make no mistake, she wanted her daughter-in-law dead. She was sentenced yesterday to life in prison in Gwinnett County, Georgia.
The psycho daytime murder in April 2009 was shocking for its brazenness. The victim was Heather

CHILLING. In this video from several years ago, little Camden Pierce Hughes is dressed in a tuxedo at a wedding. Now, cops say he's the boy whose body was discovered at the side of a road in Maine. His mother, Juli McCrery, 42, of Irving, Texas was arrested in connection with the slaying early yesterday.A preliminary autopsy showed the cause of death was asphyxiation and that it was a homicide.

Posted by Crime Scene USA at 7:23 AM No comments:

MEET Saif al-Adel - The World's most wanted man and Al Queda's new leader.
The Egyptian militant has filled the power vacuum left by Osama Bin Laden after he was taken out by Navy SEALs' in the deadly raid on his Pakistani hideout.
Already the terror group's operational leader he is now in overall charge while the organization collects pledges to appoint Ayman al-Zawahri, bin Laden's top deputy, as Al Qaeda's new leader. Noman Benotman, an analyst with the Quilliam Foundation think tank and a former associate of bin Laden, told Reuters contacts in jihadist circleshad confirmed this succession.

HE wasn't smuggling drugs or illegally trafficking people across the border and his contraband can't have been worth much to begin with.
But that didn't stop one man trying to smuggle illegal meat across the Mexico, US border - 385 pounds of bologna to be precise.
Yes he's definitely in a pickle after being fined $1000 for his trouble because it's illegal to bring the bologna across the border because it's made of pork and has the potential to introduce foreign animal diseases into the U.S. pork industry. The 33-year-old Mexican man might have made a real pigs ear of his smuggling attempt but he has however set a record for the largest ever bologna bust  recorded at the Santa Teresa crossing NM.

Posted by Crime Scene USA at 6:39 AM No comments:

A YOUNG mom is fighting for life after being shot five times by her boyfriend who then killed their young son and himself in a horrific murder suicide.
Shannon Paolini, 27 was blasted five times while trying to flee from the home she shared with gun wielding maniac Gammall Perez who then turned the gun on himself after a six-hour standoff with cops.
Police chief Todd Evans said two officers found him at the house but when they tried to talk to him he gave them seconds to leave.
“At that point, he (Perez) starts a countdown: five, four, three and so forth,” he told The Colorado Springs Gazette. 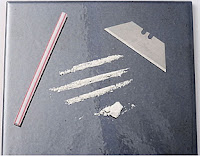 SHE tried to swap the greens for white - except it wasn't cash she tried to pay for the cocaine, but salad.
Walking up to the undercover officer working a street corner known for drug sales, she asked to buy $10 worth of cocaine but said she only had $2 and an Olive Garden salad in a box.
She told the undercover officer she could return a little later with more money or some gift cards to Olive Garden.