HE wasn't trying to draw attention to himself - honest.
But when a man tried to take his photograph of his bizarre triple mohawk hairstyle Johnathan Washburn allegedly hit him around the head with his skateboard.
Now his victims will be able to look at him whenever he likes thanks to this mugshot, taken by Cops in Austin, TX.
Washburn and his friend, 19-year-old Timothy Beard, took exception to becoming the subject of the man's artistic eye and demanded he delete the photo, according to an arrest affidavit.
When he refused, Beard allegedly stole his $100 Oakley sunglasses from the top of his head and when he tried to get them back Washburn smashed him with his board.
When cops caught up with him he was charged with aggravated assault

MIRINDA BOOB ON HUBBY'S DEATH: 'I KNOW WHO DID IT'

MAD Mirinda Boob was secretly taped by her brother-in-law providing what cops later described as crucial information about the morning her husband was killed.
Boob is accused of conspiring with lover and co-worker Ronald Heichel to have her hubby bumped off so they could claim his life insurance money carry on their affair.
So together they hired Kermit Butts for $5000 and a together they plotted his slaying.
Then in August 2009 the pair drove to the Boob house in Center County, Pennsylvania and Heichel lured Sam Boob into his own garage and blasted him with a shotgun.
Sam died instantly. Heichel and Boob then escaped and returned to work.
As part of their investigation cops got her brother-in-law Ben Cort to wear

AN LA fire captain brutally beat a woman to death in a drunken rage after offering to help her get off the street.
David Del Toro, 54, denied murdering Jennifer Flores, who he had met years earlier when when she dated his former roommate, but could not explain how she died or the large pool of her blood cops found on her living room floor.
The 23-year Fire Department veteran said that in August 2006 he had allowed Flores to wash her clothes and stay overnight and wash her clothes.
He told the jury that they'd exchanged harsh words when he refused to let her borrow his pickup truck and he'd grabbed her when she had argued.
But he said that after a lot of booze he went to bed drunk and exhausted, leaving Flores watching television on the living room couch.

DAD WAS THE HITMAN WHO MURDERED JIMMY HOFFA

A NEW movie starring Robert DeNiro will reveal for the first time the story of the man his daughter believes is one who killed Teamsters boss Jimmy Hoffa. The Detroit-area labor leader vanished without a trace in 1974 triggering a wide array of conspiracy theories as to the who, whys and wheres. Now, Frank 'The Irishman' Sheeran's story is about to be brought to the big screen.
But in a story in London's Daily Mail Sheeran's daughter is breaking her silence and says her dad had no choice but to kill his mentor or he would be murdered.
Sheeran made the deathbed confession to his daughter Dolores Miller. The Irishman starts filming later this year and will also cover

Email ThisBlogThis!Share to TwitterShare to FacebookShare to Pinterest
Labels: HOFF

A CAT hating man from Long Island has given animal lovers paws with a hair ball inducing stunt. Edward Foy, 57, "ruthlessly" trapped two of his neighbor's cats and then let them run off into the wilderness. The reason? They left fur on his outdoor furniture.
According to the ASPCA, he baited two traps with cat food and let them run off in Sunken Meadow State Park where they disappeared. Their cats' owners, Peter and Edith Acquavella,  put up "missing" posters. Foy eventually confessed to the bizarre scheme after being paid a visit by authorities, sources said. He was charged with two counts of misdemeanor animal abandonment and faces up to a year in prison and a $1,000 fine.

Posted by Crime Scene USA at 10:40 AM No comments:

MORE blue blood in a winter where it has become all too common. This time it's Fond du Lac, Wisconsin where Officer Craig Birkholz, 28, was shot to death  and a brother officer critically injured. According to cops, they were called to a house early Sunday morning to investigate a sex assault. That's when gunfire erupted. Hours later, police found the body of lunkhead James Cruckson, 30, who blew his own brains out.
Deputy Chief Kevin Lemke said Cruckson had previous involvement with the police but wouldn't elaborate. Court records revealed he pleaded no contest and was found guilty of misdemeanor battery in 2009. According to Fox News, Birkholz had been with the Fond du Lac Police Department for two years and had served in Iraq and Afghanistan. He is survived by his

MEET Casey Heynes. He's the Aussie kid who had been bullied every single day at school until lo and behold, one day he fought back. "All I was doing was defending myself. I've never had so much support," he said during an interview with Australia's  A Current Affair. Even the bully's mom thought he deserved.


MORE ON THE BULLY SLAYER

Posted by Crime Scene USA at 9:39 AM No comments: 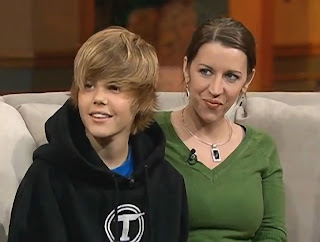 POP SUPERSTAR Justin Bieber was “utterly devastated” when he learned his beloved mum attempted suicide because she was sexually abused as a child, CRIME SCENE USA has learned.

Fueled by drugs and alcohol Pattie Mallette--who launched the the chart topping teen sensation by posting his videos on Youtube—once tried to throw herself in front of a huge truck in a desperate bid to end it all. But amazingly the driver swerved to avoid her and just a year later, she was pregnant with the global phenomenon.
Pattie made the stunning revelations on an obscure Canadian TV show.

NY MURDER OF EX COP'S WIFE: 'WE KNOW WHO DID IT'

AN abusive ex- cop is the only suspect in the murder of his beautiful ex-wife, who's black and blue body was found beaten to death.
Cops are convinced Eddy Coello, a former housing cop who was forced to retire from the NYPD after a domestic dispute with his previous wife, is behind the grisly killing of Tina Adovasio, 40.
The 38-year-old was the last person to see her alive at their Bronx
home which he'd moved out of after Adovasio had filed for divorce in Feburary.
Her body was found near a Westchester highway, close to his mother's home, where he'd moved after the split.
"We know who did it -- he did it," a police source told the New York Post.
"We're working on the chain of evidence and connecting all the dots."

FORMER astronaut Lisa Nowak who drove 1000 miles wearing diapers so she could attack a love rival is now asking a judge to seal her criminal records.
Navy captain Nowak used pepper spray on romantic rival Colleen Shipman, who she believed had stolen her man the former space shuttle pilot Bill Oefelein.
After making the long drive, wearing diapers to avoid bathroom breaks, Nowak, who launched into space on the shuttle Discovery, struck in the parking lot of Orlando International Airport in February 2007.
Although she was originally charged with attempted kidnapping and burglary, which are felonies, and misdemeanor battery in 2009 she was sentenced to a year of probation after pleading guilty to burglary charges.
She was fired by NASA as a result, but had remained a captain in the Navy at the Naval Air Station in Corpus Christi, Texas.