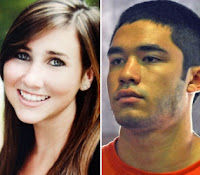 A BAD BREAK-up killed Lauren Astley, according to Massachusetts cops. Astley, 18, was brutally slain by her football star ex-boyfriend, Nathaniel Fujita, leaving their posh Boston suburb in shock.The families had known each other well, his father being a prof at prestigious Berklee College of Music. Lauren had hoped to be a fashion designer.
Her dad Malcolm Astley told the Boston Herald: “We had known each other for a long time. I watched him play football. He was a highly skilled, great player.”
“There were many sweet things he did for my daughter, so it’s very

Cops say the Pennsylvania psycho who murdered a 2-year-old boy and his mom's boyfriend did it over a cheap painting. Mad Mark Geisenheyner, 51, told pals he was caught in 2006 with the $222 painting stolen from the home where he killed the two and shot three others.
Geisenheyner says he was stiffed in an insurance scam involving arson. He was shot dead after a six-hour standoff Monday.
Killed in the rampage were Paul Shay's nephew, Joseph Shay, 43, and 2-year-old Gregory Erdmann, the son of Joseph Shay's girlfriend.
17 HOURS WITH A PSYCHO

Posted by Crime Scene USA at 10:25 AM No comments:

RICK SPRINGFIELD PLEADS NOT GUILTY IN MAY DWI 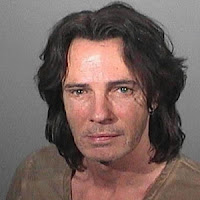 * NOTE: DUE TO our Casey Anthony extravaganza, some of the stories we would normally cover have been cut down today. Thanks. The editors at Crime Scene USA.
* RICK SPRINGFIELD PLEADS NOT GUILTY: A lawyer for Rick Springfield--famous for soap operas and '80s hit Jesse's Girl--has entered a not guilty plea on the singer's drunk driving charge. Springfield (about a thousand years-old now) was arrested May 1 in Malibu, Calif. for speeding in his 1963 Corvette.
Cops say his blood alcohol level was 0.10. Whoops. Legal limit is 0.08.
Posted by Crime Scene USA at 10:22 AM No comments:

CASEY Anthony's parents have been receiving death threats since their daughter was cleared of murder yesterday.
Their attorney Mark Lippman said they were currently being guarded by Orange County Sheriff's, from members of the public, furious that their daughter had appeared to escape justice for the killing of her daughter Caylee. He added that they were surprised at the verdict and they had not spoken to their daughter since their daughter had been cleared, but imagined they would do at some point.
He told GMA: "You can never tell what a jury is going to do. They were shocked that the jury didn't find any sort of evidence against her

KIM Kardashian joined a chorus of stunned celebrities in shock at the news that Casey Anthony had been cleared of murdering her daughter.
The celebutard, who's father rose to prominence working on the OJ Simpson trial, which some have compared this case too, said she was "speechless" at the verdict.
She tweeted: "WHAT!!!!???!!! CASEY ANTHONY FOUND NOT GUILTY!!! I am speechless!!!"

CASEY Anthony's defense lawyer made the astonishing claim that he "saved a life today" after his client was found not guilty of murder.
Jose Baez said "there are no winners" in the case of two-year-old Caylee Anthony, whose dumped, decomposing body was found near the Anthony home, but insisted his client was innocent. Astonishingly he added: "The best feeling that I have today [is] I know when I go home my daughter will ask me what did you do

THE STUNNING decision to acquit Casey Anthony means she could make millions from lucrative TV and book deals and there is also talk that the compelling case could be turned into a movie.
Despite being branded a compulsive liar by all, including her own lawyer Jose Baez, the 25-year-old is now likely to be inundated with interview requests according to media expert Steve Hay.
He said: "This case has captured the public's imagination and the verdict has both appalled and excited in equal measure.
"Given that she didn't testify, no one aside from a few people no one knows what she thought about her daughter's death, during the court
Read more »
Posted by Crime Scene USA at 5:36 AM No comments:

CASEY Anthony's prosecutor's 'didn't meet the burden of proof' according to one of the alternate jurors who was on stand by during the trial. For six weeks Russ Huekler watched the trial unfold, ready to step in, in the event of one of the other jurors had to withdraw from the bench and he said if he had to deliberate the not guilty verdict would have been the same.
Huekler of St. Petersburg told Fox 13: “I agree whole heartedly. It was the right decision that they made. The prosecutors didn’t meet the burden of proof. We had a lot of reasonable doubt there. They didn’t show us the evidence good enough for a conviction."
The decision, which has been called the most controversial since the acquittal of OJ Simpson, stunned most onlookers, but Huekler, a