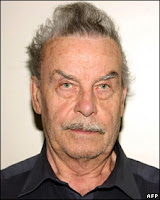 WHAT IS IT with Austria in general and Austrian dads in particular? Under the international files we note that a debauched Austrian dad is under investigation for repeatedly raping his two mentally-disabled daughters in a tiny kitchen where they were kept captive for 41 years. The unnamed 80-year-old monster is bringing up chilling reminders of sicko Josef Fritzl, left. Cops in Sound of Music land say the women had only a wooden bench for a bed. The sex abuse continued from 1970 to this past May.

ACCORDING to the National Enquirer the suspected killer of Robin Gardner came unglued and made the Maryland dental hygenist's final hours a nightmare. The "twisted sex fiend" Gary Giordano apparently snapped and became violent when he spotted an "I love you" text that she sent to her boyfriend back home, a police source told the paper.
But the financially troubled Giordano's plan to kill the pretty blonde for $1.5 million in insurance money also unraveled. Sources said he had planned to kill Robyn, dump her body into the Caribbean Sea and make it look like she drowned. But his blowing a gasket forced him to improvise and he made mistakes that enabled cops to catch him.
Read more »
Posted by Crime Scene USA at 8:20 AM No comments:

LIGHT POSTING BECAUSE OF HURRICANE IRENE

BECAUSE OF the blistering weather--AKA Hurricane Irene--just smashing into the east coast now and expected to hammer New York City tonight, we will be posting in a light-like manner. In addition, our sister site, Cold Case USA will not be posting today but l-i-g-h-t-l-y for the next couple days. BE SAFE.

Posted by Crime Scene USA at 8:02 AM No comments: 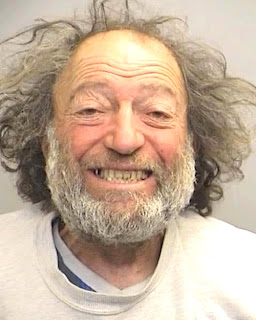 WELL, summer is fast fading and I'm sure we could find about wistful 100 songs from the great American musical canon to mark it's end. But we'll leave you with happy thoughts at the end of Old Fogey Week. Just party.

Posted by Crime Scene USA at 7:58 AM No comments: