A GAY porno star who battered his estranged girlfriend with a toilet tank lid could now be jailed for 15 years after he was convicted of attempted murder.
Marc Anthony Donais, who's nom de plum was Ryan Idol, starred in Playgirl and series of saucy movies in the late 90s.
But in September 2009, the swinging actor, 45, flew into a jealous rage when his girlfriend tried to dump him, after catching him cheating with another man.
The 41-year-old knocked on door of her in-laws Sacramento, CA apartment and said: "I came here to kill you."
Then he tossed her like a rag doll into the bathroom .
She told the jury: "He came in and he started beating me with

WITH A verdict expected Monday, all eyes are on Italy and the Amanda Knox appeal trial. American student Knox--also known as Foxy Knoxy--was a naive young woman publicly "crucified" and "impaled" to justify wrongly imprisoning her for murder, her defense team said in their closing summation Thursday. She is appealing a 2009 verdict that found her guilty of murdering her British roommate Meredith Kercher during a drug-fuelled sex game that went off the rails. Kercher's half-naked body was found in 2007 in a pool of blood in the apartment the two shared.
MORE ON FOXY KNOXY
Posted by Crime Scene USA at 12:26 PM No comments: 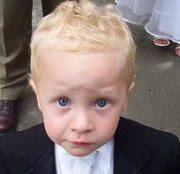 THE TEXAS woman accused of murdering her son in New Hampshire last spring will plead guilty, officials said. Mad mother Julianne McCrery, 42, will plead guilty to second-degree murder in the death of her son, Camden Hughes. While no date has been set officials say she will be receive 45 years to life in prison for her heinous crime. The discovery of little Camden's body on May 14, triggered a worldwide effort to identify him as the nation was shocked and outraged at the callous slaying. And even as he lay dead, McCrery called his
Read more »
Posted by Crime Scene USA at 9:42 AM No comments: 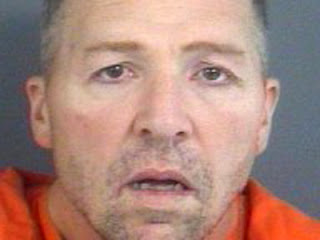 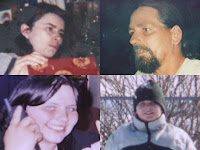 IS THIS the maniac behind the Indiana massacre that left five dead? Cops are calling David E. Ison, 46, pictured left, of Glenwood, Indiana a person of interest in the weekend slaughter. He is currently being held on an attempted robbery charge. He has not been charged in the murders that police suspect are likely drug related. A warrant was issued Tuesday in the 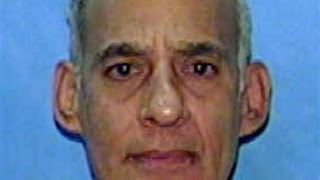 HE paid the ultimate price. At 7:14 p.m. last night Florida took vengeance on cop killer Manuel Valle who murdered Coral Cables officer Louis Pena in 1978. Valle was the first Florida prisoner to be executed with a new mix of lethal drugs. Besides Pena, Valle also shot another cop, Gary Spell, who was only saved by the bullet proof vest he was wearing.
Valle fatally shot Coral Gables officer Louis Pena in 1978. He also shot fellow officer Gary Spell, who was saved by his bulletproof vest. Valle ate a final

'NO CLUES' IN DISAPPEARANCE OF AALIYAH LUNSFORD, 3 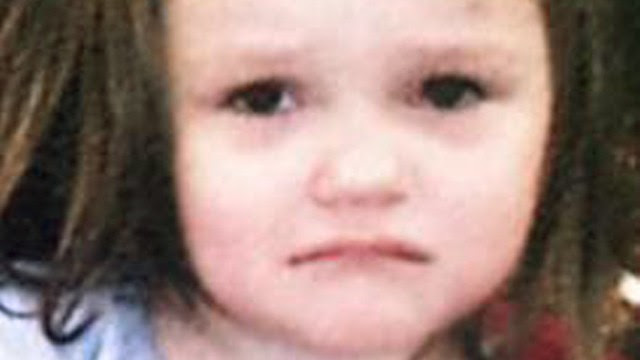 THE FBI has joined a frantic hunt for missing Aaliyah Lunsford, 3, who disappeared from her West Virginia home on Saturday. Authorities remain hopeful the child is alive and are working on that assumption. She was last seen when her mother checked on her around 6:30 a.m. Saturday, but was gone by 9:30 a.m. Hundreds of volunteers have searched local rivers and forests in a desperate search for the girl but have so far found little. Aaliyah was last seen wearing her purple Dora the Explorer pajamas. So far cops have stopped short of calling the disappearance a crime. Sgt. Mike Posey said: "Right now, there are no clues leading us anywhere. No clues. It's like she's just disappeared." An Amber Alert has not been issued because authorities have no suspect, car or license plate to alert motorists to look out for.

Posted by Crime Scene USA at 8:55 AM No comments: 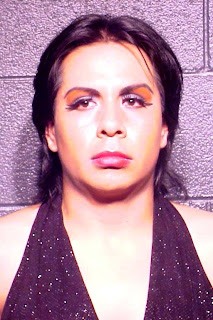 OKAY, it's a joke but that seems to be the look this female impersonator seems to be going for. And, hey, who are we to argue: her performance in Blue Velvet was off the charts sexy.
Posted by Crime Scene USA at 8:45 AM No comments:

A CHILD killer, who was just 12-years-old when he went on a brutal family slaughter, which left his parents dead and injured two of his siblings was sentenced to just seven-years for the murder. As we reported here the youngster who cannot be named because of his age, had been playing with his toy trucks and planes, just moments before he picked up a gun and blasted Charles and Marilyn Long, 50 and 51, with a magnum.
Then he picked up a knife and stabbed his nine-year-old brother and slashed his sister, five a number of times, leaving a trail of bloody destruction.
Read more »
Posted by Crime Scene USA at 6:29 AM No comments:

A PERVY pastor's gay sex and drug party turned to tragedy when a man died of a suspected meth overdose, cops say. Rev Mark Bidwell told cops that he'd invited Steven Fitch over for sex after meeting him on a swingers website the night before. When he got to his Ferndale, MI, home, he'd shot up some crystal meth and then later injected highly respected Police Chaplain and preacher at the Metropolitan Community Church.
The men had sex and invited a third man over to join the orgy and a short time later Fitch got back online and searched for another man to invite to the party. The third man arrived and met both Fitch and Bidwell upstairs.
His name has not been released because he is considered a witness in an

MICHAEL Jackson's daughter was "balled up on the ground crying" during the "frantic" efforts to revive the lifeless star as he lay dead in his LA mansion, a security guard testified yesterday.
Paris Jackson, who was just 12 at the time, was beside herself, while her 11-year-old brother was was "shocked and slowly crying," the King of Pop's head of security Faheem Muhammad told the court.
They witnessed the whole horrifying scene, from the doorway of Jackson's bedroom, until he said, until he whisked them away from the room.