AN obese shoplifter was foiled when her motorized cart got stuck in the doors of the mall she was robbing.
Jerrie Perkins, 30, loaded up with electronic good and tried to escape, setting the alarm in the process.
But she failed to take the doors into account and got stuck on her way out, setting the alarms off in the process.
When staff questioned her she got violent, attacking the store detective who promptly called the cops.
A sheriff arrived, but the fatty was still for fighting, balling "her right hand into a fist and taking a fighting stance," according to the Sheriff's office.
The deputy Tasered Perkins, who then complied with their commands and was taken to jail.
is charged with unarmed robbery, resisting and obstructing a police officer and second-degree retail fraud.

COOKIE Monster Hersha Howard is now behind bars after she beat up her roommate over a delicious box of cookies.
The brawl began after the 31-year-old confronted her pal over the Thin Mints bought from the Girl Scouts.
But the roommate said she'd given them to her children.
Howard wasn't having it though, even after the roommate offered to pay the $10 cost of them and set about her, giving her a severe beating.
Cops said the roommate's husband pulled Howard off her so she could escape, but Howard took off after her, grabbing a pair of scissors and threatened the woman.

HAVE YOU HEARD? About the bird? Well, this is a bird of a different feather. A Katy, Texas store mascot dressed as a giant bird was attacked by two thugs outside the furniture emporium where he worked. The bird was injured in the attack. His costume was also ripped.
ACCORDING TO KTRK: 'Birdie' the mascot uses a little comedy to entice people into a southeast Houston furniture store on weekends, but it wasn't too funny when he was attacked during his shift Saturday.
"It felt like a truck hit me," said Russ Vogel.


"Getting us a lot of advertisement, people driving by, just stopping by, wanting to see what the bird is about," said Zeke Cervantez with

DON'T take Xiomarie Black's chicken McNuggets. Ever. Black, 20, and her boyfriend Edward Collado, 31, of Falmouth, Massachusetts were arrested after the peckish pair got in a knife fight. Cops say it was triggered when Collado tried to steal some of Black's McNuggets. That led to words. Then knives.
Black then fled in a car with two pals while Collado went to a nearby hotel and called cops.
"She apparently loves chicken 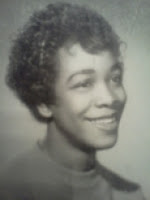 PORTLAND OR. POLICE may be ready to close the books on their oldest unsolved slaying. For almost 48 years, the vicious slaying of Mary Frances Reid, 22, has got unsolved--until now.
Reid was found murdered by her little sister on April 8, 1963. Two witnesses told cops at the time that a man named Johnny Lawrence had been in a relationship with Reid. They said he was the killer but now cops don't know if he's alive or dead.
At the time of the murder, Lawrence was questioned by cops, and was 42 years old. If alive, he'd be 90. But then he disappeared and cops think he may have returned to St. Louis where he lived before moving to Oregon in the late 1950s.
They suspect he fled and might have returned to the St. Louis, Mo., area, where he lived before coming to Portland in the late 50s or early 60s.

KIDNAP. RAPE. MURDER. That was the plan, anyway as far as Jennifer Lavelle Smith, 19, of Clint, Texas was concerned. Now, Jen has confessed that she and her fiancee, Abel Gil, 28, formerly of Harvard University, kidnapped a female co-worker, also 19 with plans to sexually assault and eventually kill the young woman.
The young couple had hoped to keep the terrified woman for, oh, a month or so as a sex slave and then do away with her. All three worked at a grocery store and they snatched the victim after work Feb. 18.
The frightened victim was bound, gagged, and tied up at Smith's

Read more »
Posted by Crime Scene USA at 9:47 AM No comments:

A MICHIGAN girl desperate to escape her mom slipped a bank teller a note begging for help and revealing that her mother was hammered.
According to The Detroit News, Latanya Renee Evans, 49, was arrested about 5:10 p.m. Friday after she left her little girl at the Bank of America. She was taken into custody on suspicion of drunken driving, Southfield Police Lt. Nick Loussia said.


"Officers said she was having trouble getting out of the car and her speech was slurred, her eyes glassy and she smelled of alcohol," Loussia told The News. "She subsequently failed field sobriety tests, including a preliminary breath test, and was placed under arrest."

The brave little girl was unharmed and picked up at the bank by her father,

Read more »
Posted by Crime Scene USA at 9:17 AM No comments:

FRESH from killing six people and wounding 13 more Jared Loughner smiled for the camera as lawmen booked him these newly released pictures from the U.S Marshall's Service show.
Seemingly without a care in the World, the 22-year-old piercingly stared at the camera, smirking at the carnage he'd unfolded at a meeting of Congresswomen Gail Giffords, whose recovery continues.
Loughner has pleaded not guilty to federal charges of trying to kill Giffords and two of her staffers but he is expected to face additional federal and state charges, including multiple counts of murder, in the Jan. 8 attack.

A 16-year-old boy has admitted shooting a St Petersburgh cop and will now be charged with first-degree-murder.
It is not known yet, whether he will be tried as an adult.
Crawford, who was married, eligible for retirement and the father of an adult daughter, was pronounced dead at a hospital.
His death marks a month of tragedy for the force which has already seen two officers — Jeffrey A. Yaslowitz and Thomas Baitinger — slain as they helped serve a warrant on a man with a long criminal history. Their killer died in the siege.
Prior to that, the St. Petersburgh Police department hadn't had an officer killed in the line of duty in more than 30 years.
Crisis counselors have been called to help officers in the department.


Posted by Crime Scene USA at 6:43 AM No comments:

A FATHER who brutally mowed down his daughter because she was: "too westernized" has been found guilty of second degree murder.
Furious Iraqi immigrant Faleh Almaleki felt that his stunning daughter Noor had brought dishonor on his family by having a boyfriend and living in a more western way.
So in a fit of anger he smashed his Jeep Cherokee into the 20-year-old, clipping her boyfriend's mother Amal Khalaf at the same time.
Defense lawyers called Noor Almaleki's death and Amal Khalaf's injury an accident adding that he was only trying to spit on the older woman, but they called no witnesses to try and exonerate him.  But Peoria, Ariz. detective Christopher Boughey testified that Faleh Almaleki confessed to him during a lengthy interrogation that he did in fact intend to cause his daughter's death

NOTORIOUS homophobe Reggae star Buju Banton has been found guilty of trying set up a cocaine deal.
The 37-year-old, who scooped a Grammy last week for his album "Before The Dawn" now looks like he may spend his nights behind bars, as he faces at least 15-years in prison.
He was found guilty of conspiracy to possess with the intent to distribute cocaine, possession of a firearm in furtherance of a drug trafficking offense and using a telephone to facilitate a drug trafficking offense.