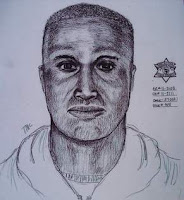 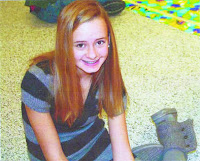 COPS IN Illinois are seeking the killer of 14-year-old Kelli O'Laughlin who was murdered last week after she interrupted a burglary at her suburban home. She was fatally stabbed numerous times just after school. Indian Head Park Police Chief Frank Alonzo said someone knows what happened and there is now a $60,000 reward for the person who leads them to the killer.
He said of the heinous crime: “Crime has no boundaries. We have to remember, this was a 14-year-old little girl who didn’t deserve to die in her home.”
Tips have been pouring in and cops have released photographs of rare, limited-edition coins believed stolen from the O’Laughlin home, hoping for help from local pawn shops.  Freshmen Ashley Dean and Emma Lopez, 14 just like O‘Laughlin, said they worried a little bit for their own safety. “You don’t know who did it yet,” Lopez told the Chicago Sun-Times. MORE IN THE CHICAGO SUN-TIMES
Posted by Crime Scene USA at 8:34 AM